December Elks Student of the Month 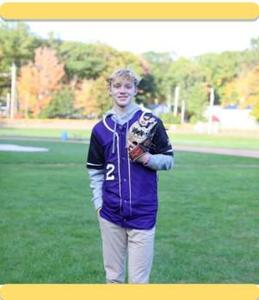 It is a pleasure to announce that Jamison Nystrom has been named the December Elks Student of the Month for Bellows Falls Union High School. Jamison, a senior, is the son of Eric and Tammy Nystrom of Saxtons River.

Jamison is an extremely able student who always produces quality work in a timely fashion. He engages in class discussions and is an active participant in class activities. He is particularly curious about many historical topics, particularly when it comes to the injustices that many people have faced throughout the world. This year in particular, Jamison has been leading class discussions in Psychology about a variety of topics such as morality, systemic racism, and ethics. Highly regarded by his peers, other students internalize Jamison’s ideas and use his arguments to further discussions.

Jamison is a confident young man; however, always looking to improve himself, Jamison is never afraid to ask questions. He is a highly capable student with a quiet but strong demeanor.

He is a confident young man who does not become obsessed with grades, but would rather learn for learning’s sake. Jamison is a pleasure to be around, and others gravitate toward him.

Not only does Jamison work hard in his classes, he also excels outside of the classroom. At the high school level, he has played football, baseball and basketball, where he is a captain. As a junior, he helped lead the football team to a state championship.

Clearly deserving of recognition, BFUHS and the Elks are honored to recognize Jamison this month.